The Royal Government of Cambodia has received financing from the Asian Development Bank (ADB), Agence
Française de Développement (AFD), ASEAN Infrastructure Fund (AIF), and Japan Fund for Poverty Reduction
(JFPR) toward the cost of Agricultural Value Chains Competitiveness and Safety Enhancement Project
(ACSEP). Part of this financing will be used for payments under the Contracts named above. Bidding is opened
to all Bidders as from eligible source countries of ADB as described in the Bidding Documents. The eligibility
rules and procedures of ADB will govern the bidding process.

Bidders may bid for one or several contracts, as further defined in the bidding document. Bidders wishing
to offer discounts in case they are awarded more than one contract will be allowed to do so, provided those
discounts are included in the Letter of Bid.

The Ministry of Rural Development (“the Employer”) invites sealed bids from eligible Bidders for the
construction and completion of the following contract package (“the Works”): 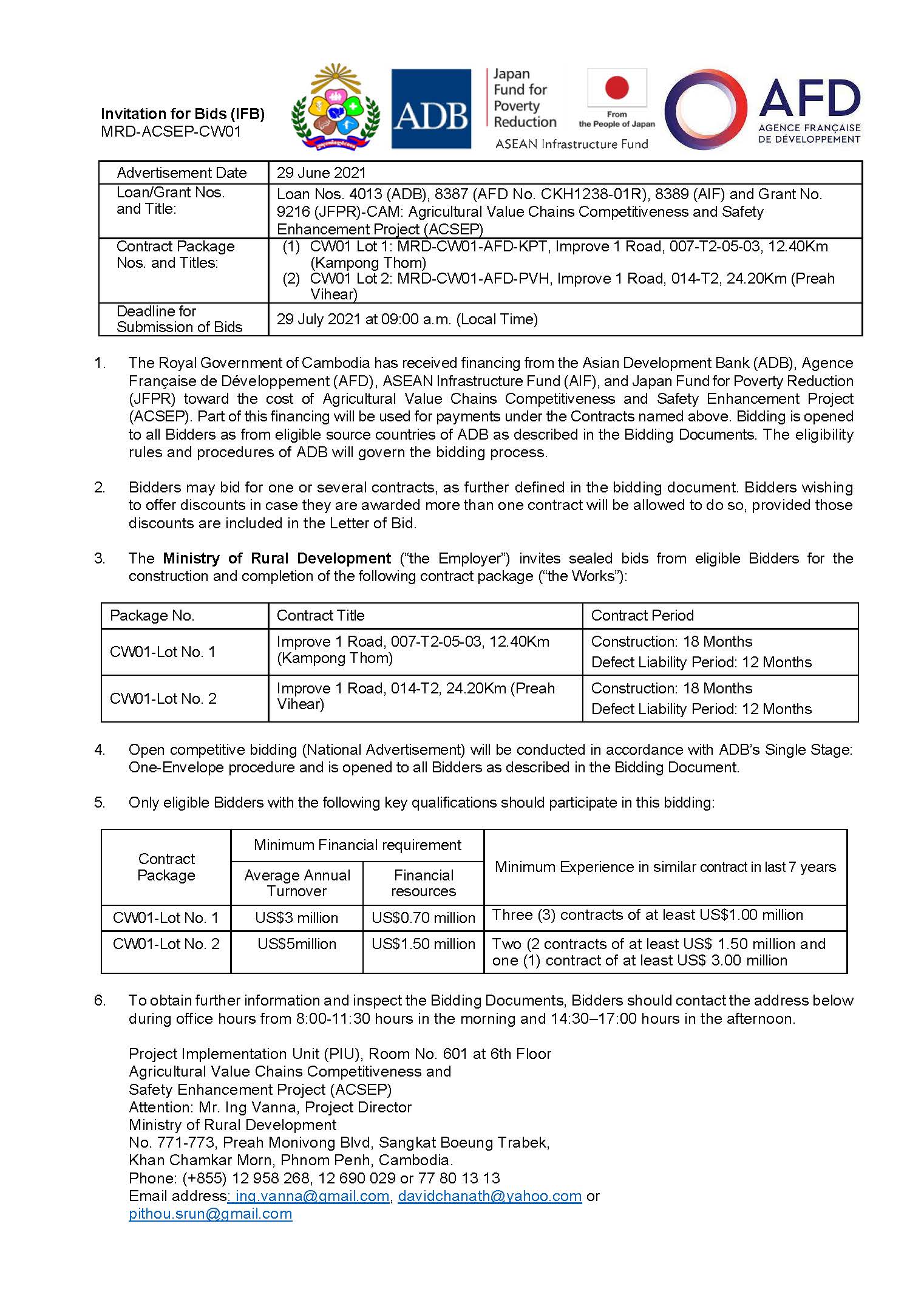 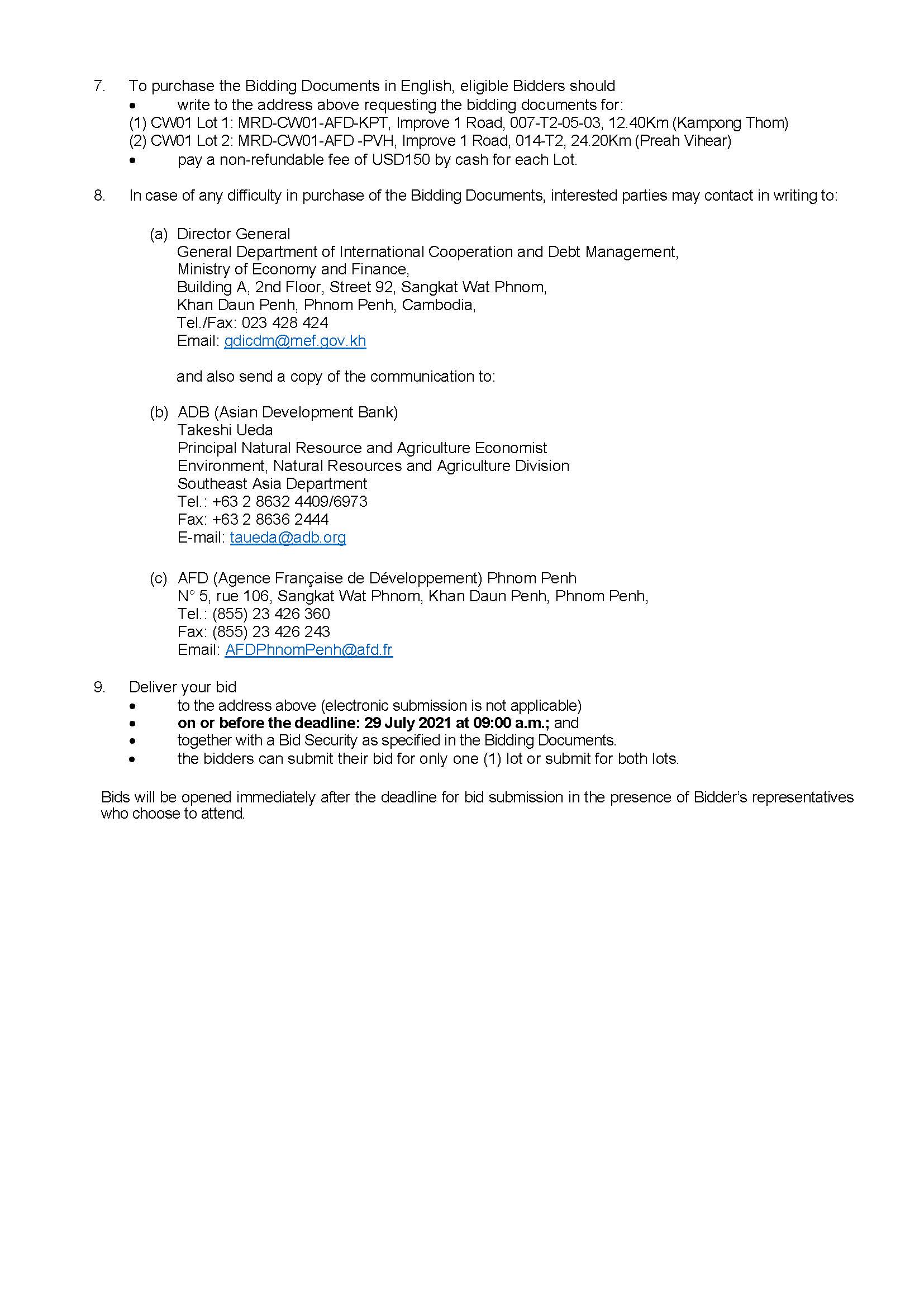